On the occasion of World Haemophilia Day we had the pleasure to interview Dr. Ian Winburn, Global Medical Lead within Pfizer’s Rare Disease Business Unit.

Could you introduce yourself and your role at Pfizer?

My name is Dr. Ian Winburn and I am the Global Medical Lead within Pfizer’s Rare Disease Business Unit supporting Haemophilia, Endocrinology and Inborn Errors of Metabolism. My background is as a clinician working in the UK, and I joined Pfizer 10 years ago. I’m delighted to join you today to discuss gene therapy and its potential impact for people living with haemophilia and their families.

When we sustain a cut or injury, more than a dozen clotting factors, or special proteins circulating in the body, are activated in a cascade to help us stop bleeding. People born with haemophilia have insufficient levels of one of these clotting factors, so they bleed for a much longer time than others. More than 60,000 people in Europe and approximately 400,000 worldwide are living with haemophilia.

There are two main types of the disease:

On an interesting note, haemophilia was once known as the “royal disease” because it struck descendants of European royal families in the 19th and 20th centuries. It mainly afflicts males because it’s passed down through the X chromosome: since females have two X chromosomes, even if they inherit a defective clotting gene from their mother, it’s more likely they will have a working gene from their father. Females can be carriers of the gene and pass the disease onto their children.

What kind of therapies is Pfizer currently developing to treat Haemophilia? Which type of Haemophilia are they focused on?

Pfizer has a long legacy in the world of haemophilia and our medicines have been part of the community for over 20 years. These recombinant clotting factor replacement medicines are the mainstay of treatment for those living with haemophilia. However, at Pfizer we are always focussing on how we can bring breakthroughs to patients – and we never stop trying. Central to our haemophilia pipeline are our gene therapy candidates for both severe haemophilia A and B. We are also investigating a humanised monoclonal antibody that could be administered subcutaneously, which aims to modulate the coagulation pathway and enables the generation of a fibrin clot – known as a “non-factor” replacement therapy. We are investigating this “non-factor” replacement therapy also in both haemophilia A and B.

When we speak of gene therapies, many people might not be familiar with what exactly they are compared to the medicines they typically receive from their pharmacy. Could you explain a little bit about gene therapy, what it is, how it works?

Gene therapy is a new generation of medicine where a functioning gene is delivered to a targeted tissue in the body to produce a missing or non-functioning protein. By using genes as medicine, we can target the underlying cause of a disease at the cellular level. Unlike traditional medicines or therapies, which require frequent administration and focus on managing symptoms and disease progression, gene therapy is designed as a potential one-time treatment and may deliver transformational improvement in patients’ quality of life.

How do you see the future of research and development in the haemophilia space in an era of advanced therapeutics? Will patients be cured with a one-off treatment?

Gene therapy holds promise for people with rare genetic diseases, many of which do not have approved treatments. However, with regards to haemophilia specifically, many patients in Europe do have access to existing treatments. Despite this though, some patients do still have ongoing symptoms of their haemophilia. The main concern here is related to spontaneous bleeds, and despite optimal current treatment taken regularly as prescribed, some patients still bleed. This in combination with the need to regularly take burdensome and time-consuming injections, with the knock-on implications to patients’ quality of life, is evidence of a continued unmet medical need.

Gene therapies offer the potential to deliver significant value over a person’s lifetime. A one-time transformational treatment has the potential to dramatically reduce costs associated with hospitalizations and episodic care, as well as patient and caregiver burden associated with lost productivity and economic opportunity. Importantly, for an individual who may eligible for treatment with gene therapy, it’s potentially life-changing and this is my hope for the future.

However, while gene therapy holds promise for people with genetic diseases, it may not be an appropriate solution for every patient. It is critical that accurate and useful information is disseminated so that eligible patients and their health care professionals are equipped to make the best care decisions.

Does Pfizer have any other gene therapies currently in the pipeline?

Pfizer is currently focusing on diseases caused by a single gene alteration. Our clinical development portfolio includes programs for hemophilia A, hemophilia B, and Duchenne muscular dystrophy (DMD). At the same time, we’re building a robust pipeline through preclinical research investigating potential treatments for endocrine/metabolic disorders, such as Wilson’s Disease, and neurologic disorders, such as Friedreich’s Ataxia, Dravet Syndrome, and amyotrophic lateral sclerosis (ALS

Download the file below to read the full interview. 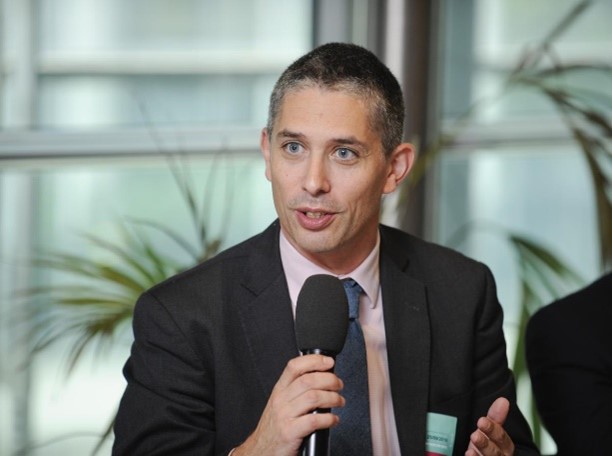 Dr. Ian Winburn Ian is Global Medical Lead, Haemophilia, Endocrine and IEM, Rare Diseases at Pfizer Biopharmaceuticals Group. Ian has a medical background in surgery with a special interest in renal transplantation. Ian practised clinically in the UK and New Zealand. He did a PhD at the University of Otago in New Zealand, centring on novel drug discovery in the context of renal ischaemia reperfusion injury. 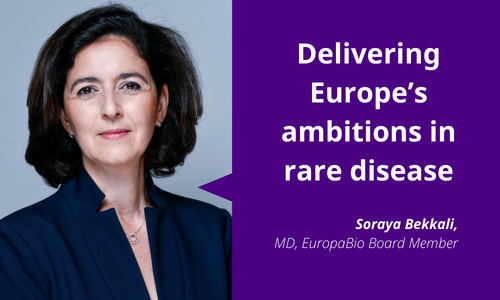 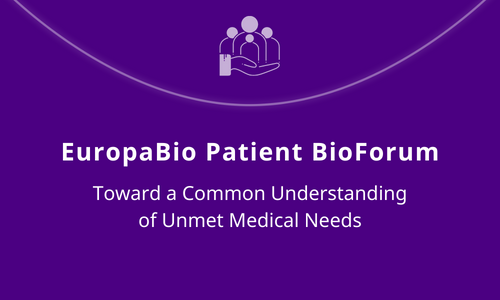 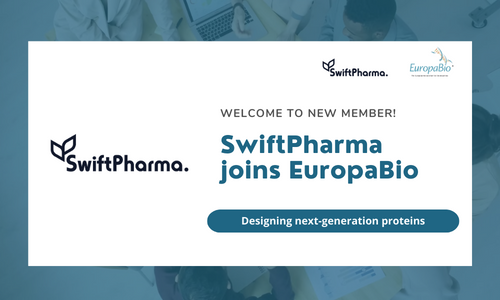