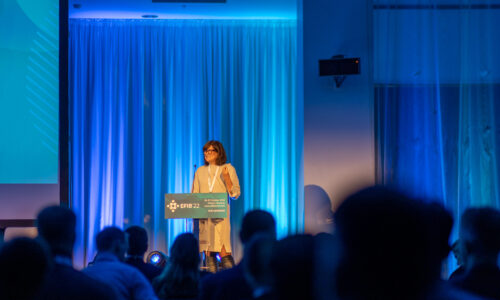 I grew up in the west coast of Scotland which used to be known as the heart disease capital of the world... My father was a baker, and my home was midway between a brewery and a cigarette factory. Bread, booze, and cigarettes… I am not saying I had any great insight as a child but I grew up surrounded by a very strong sense that the health of people, their lifestyles, and their environment were strongly connected. It really was my motivation to study science.

At the start of my career working for an ag-tech company, I remember a very inspiring research director telling us our priority was “Yield, yield, yield”. This sole focus on productivity across our global food system has an unintended contribution, I am afraid to say, to three very familiar problems: the emissions that effect our climate, the cost to natural resources which are running out, and the impact on biodiversity.

The world is nowhere close to keeping warming under 1.5 °C yet.  We are alarmingly reaching some irreversible “tipping points” for our world’s ecosystems. In 2022, 28 July was Earth Overshoot Day, which marks the date when humanity has used all the biological resources that the Earth regenerates during the entire year. If this is our bank account, we are already well into our overdraft. And we’re losing biodiversity. The 2022 global Living Planet Index shows an average 69% decrease in monitored wildlife populations since 1970. With biodiversity loss we risk losing ecosystems that enable nutritious food and clean water, the regulation of the climate, and the livelihoods of many people.

Compounded by the destabilizing shocks of a two-year pandemic and the invasion of Ukraine, increased energy and food prices are significantly exacerbating economic stress, energy poverty and food insecurity at the same time.

I know you’ve heard it all before but the threats to food security deserve to be stated again. But I don’t despair… biotechnology at an industrial scale is already, or can be, part of the solution.

Let’s look at protein. Besides carbohydrates, vitamins and minerals, people need proteins. About 50-70 grams per person per day is adequate. But with a growing global population and a developing middle class, global demand could increase up to 78% by 2050. That’s roughly 100-150 million tons per year extra. This is a huge demand on agri- and aquaculture that, without technology, only exacerbates the challenges to our planet’s climate, resources, and biodiversity.

In my view, animal farming will remain a critical and major part of our food system as a healthy and nutritious source of essential proteins for the majority of people worldwide. That is why we at DSM are trying to make animal protein more sustainable. We have solutions that improve the footprint of animal proteins. At the same time, we can also use biotechnology as an alternative production system, to play a crucial role alongside conventional agriculture. We can do things never done before with our ability to precisely copy nature. We can bio-manufacture using microbes, cell cultures and fermentation.

This allows us to take gigantic steps in improving the environmental footprint of producing sufficient nutrition. For example, pioneering research by DSM has led to a scientific breakthrough whereby a specially developed strain of yeast can convert a renewable carbon source into Vitamin A. Customer sampling of the world’s first fully bio-based Vitamin A is underway and commercial-scale production for a wide range of end uses, including human and animal health applications, will follow.

Did you know that every kilo of salmon we eat needs approximately 4 to 6 kilos of wild caught fish for feed? This is a big problem for ocean biodiversity. In our partnership with Evonik, Veramaris, we have a fermented algal oil that is healthier for the fish and the consumer, because of higher omega-3 levels, and is great for biodiversity, reducing the reliance on wild caught fish.

Inspired by the energy transition, we have also explored CO2 as a source of animal nutrition in the form of microorganism-derived single cell proteins. We have now developed a robust process and tested the product in fish farm trials. It will complement Veramaris in supporting an increasingly sustainable aquaculture industry.

All these are examples of great biomanufacturing that complement and disrupt existing production systems. As history shows it’s all about timing, the acceptance of change and acceptance of disruption, and the convergence of technology and partnerships.

As history shows it’s all about timing, the acceptance of change and acceptance of disruption, and the convergence of technology and partnerships.

Take the example of microbial production for single cell proteins. We have been able to make proteins from microbes since World War II, but what is new is the urgency of the energy transition now the climate science is widely accepted.

Studies show consumers are making more and more decisions based on sustainability too. We see consumers more willing to add meat alternatives, for example, to their diets. That’s real change.

Governments are starting to re-direct support towards more sustainable outcomes – focusing on the impact, rather than specific practices. It is key that policy keeps up with the technology.

And at the same time, the science is evolving and converging. We can combine the chemistry (the precise understanding of the structure of natural molecules, large and small), with the biology (understanding their role in health and nutrition), and the math (modelling, analytics and digitalization) to allow us to precisely copy what happens in the natural world in a safe and sustainable way.

All of this means biotech is moving from the labs to industrial production at scale. Solutions are being welcomed by the market and are delivering the promised sustainability impact. We need more of these solutions, and we need to continue to embrace change.

It is already happening in the labor market. Where, at the start of my career, the focus was on yields for financial growth, I see that young scientists nowadays want to work for employers with a purpose, that puts contributing to society alongside economic performance.

That is why, despite the gloomy facts, I remain optimistic for the future. The time for bioscience is now. 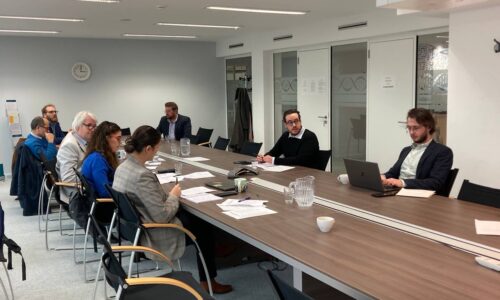 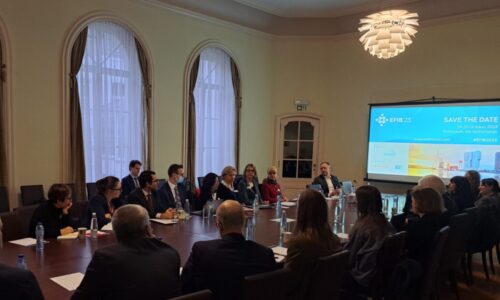 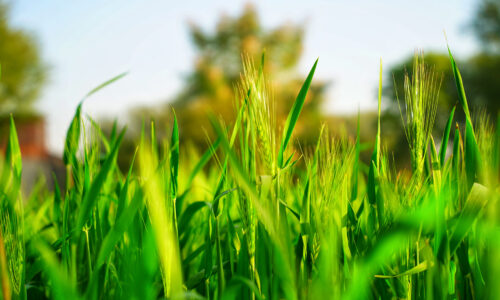 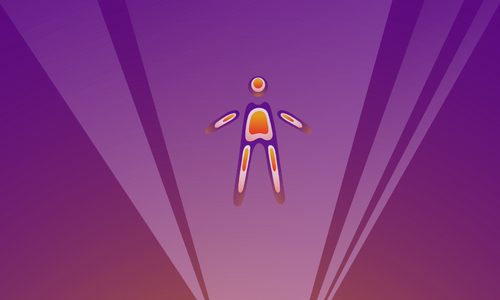 The Revision of the Orphan Medicines Regulation Is an Opportunity. Will Europe Seize it?